The British royal family has been dealing with environmental issues for a long time. There is no doubt that one of the main themes is that of the climate catastrophe. Prince William decided to speak in public and explain what we might be dealing with.

A short video appeared on the web in which Prince William reminded us that we were dealing with a serious problem. The material was created during an international gala organized in the USA by the non-profit organization Conservation International. This organization works to protect the Earth’s biodiversity.

“If we do not act in this decade, the damage that we have done will be irreversible and the effects felt not just by future generations, but by all of us alive today.”

William has no doubts that the next decade will prove crucial for future generations.

“And what’s more, this damage will not be felt equally by everyone. It is the most vulnerable, those with the fewest resources, and those who have done the least to cause climate change, who will be impacted the most.”

The Duke of Cambridge believes that together we will be able to avoid a climate catastrophe.

The global response to the COVID-19 pandemic, and the funds flowing into the economic recovery, demonstrate how much can be achieved when those in positions of power come together and decide to act.
We’ve built hospitals overnight. Repurposed factories. Poured billions into the search for a vaccine and better treatments. And we’ve been inspired by heroes emerging in every community across the world.

William also mentioned that the Earthshot Prize could be won. We are talking about the award of 50 million pounds. Anyone wishing to win it must present the best way to fight the climate crisis. 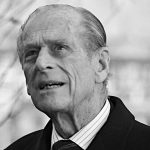