At the end of the Platinum Jubilee of Queen Elizabeth II, Prince Charles gave a speech. During it, he called the queen “mummy”, although he knows that she doesn’t like this term.

Prince Charles did it again

On June 4, the Platinum Jubilee celebrations ended. During the four-day festival, the British celebrated the 70th anniversary of Queen Elizabeth II’s reign.

The queen herself followed most of the events in the media. After having covid this February, she has mobility problems and tries to avoid the crowds. During the anniversary, she only made a few public appearances. Most of the representation duties had to be taken over by members of the British royal family.

On Sunday evening in London, a concert was organized, at which the greatest British stage stars performed. After the concert, Prince Charles entered the stage and began his speech by addressing Queen Elizabeth.

“Your Majesty, mummy,” Charles began before thanking her for her “lifetime of selfless service.”

“You laugh and cry with us, and, most importantly, you have been there for us for these 70 years,” he said.

This is not the first time Charles has publicly called Elizabeth II “mommy.”

In 2018, during the celebration of the Queen’s 92nd birthday, a similar situation happened. Then the queen was standing on the stage with her son. Viewers could see her surprising reaction to her son’s words. When Charles called her “mommy” she rolled her eyes.

It’s no secret that her great-grandchildren call her “Gan Gan” and that Prince William, when he couldn’t pronounce the word, called her “Gary”. Even her husband used the affectionate term “mon petit chou” which literally meant “my little cabbage”. The monarch, however, doesn’t like when her family addresses her in public with affectionate terms.

In the video below, we can see the queen’s reaction after Prince Charles called queen mummy. 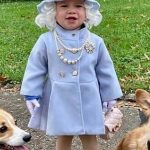 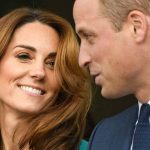